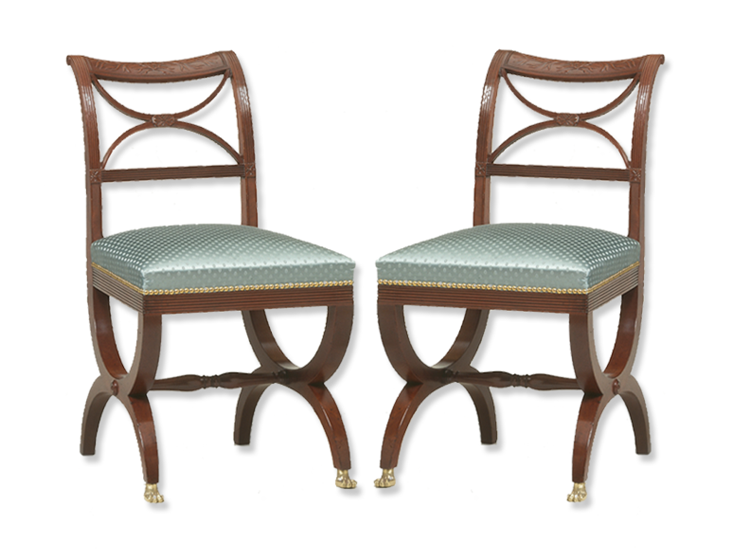 Pair of Classical Carved Mahogany Side Chairs (c. 1800-1810) attributed to the Shop of Duncan Phyfe 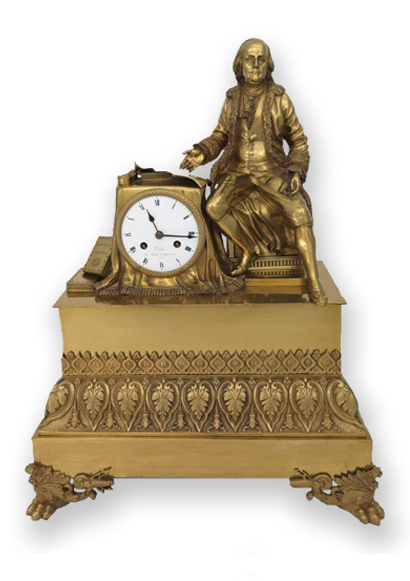 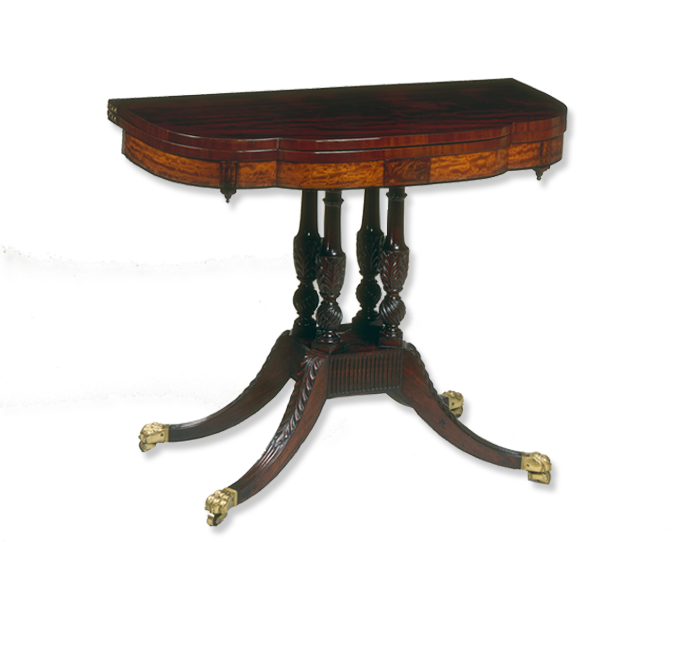 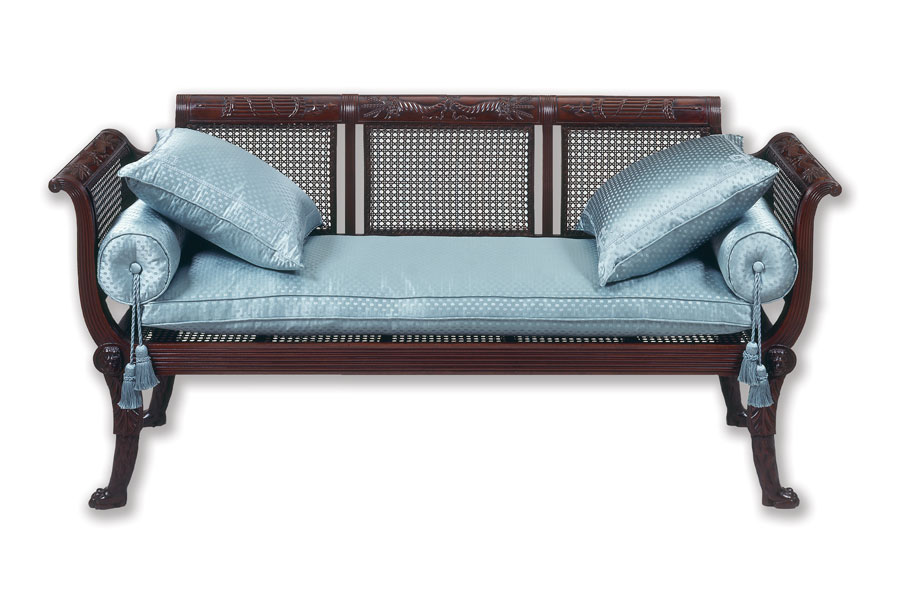 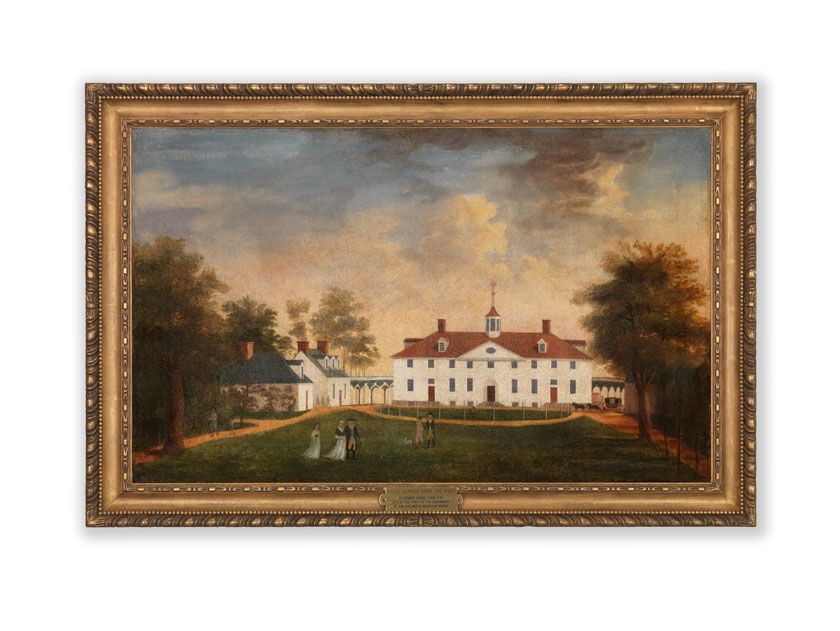 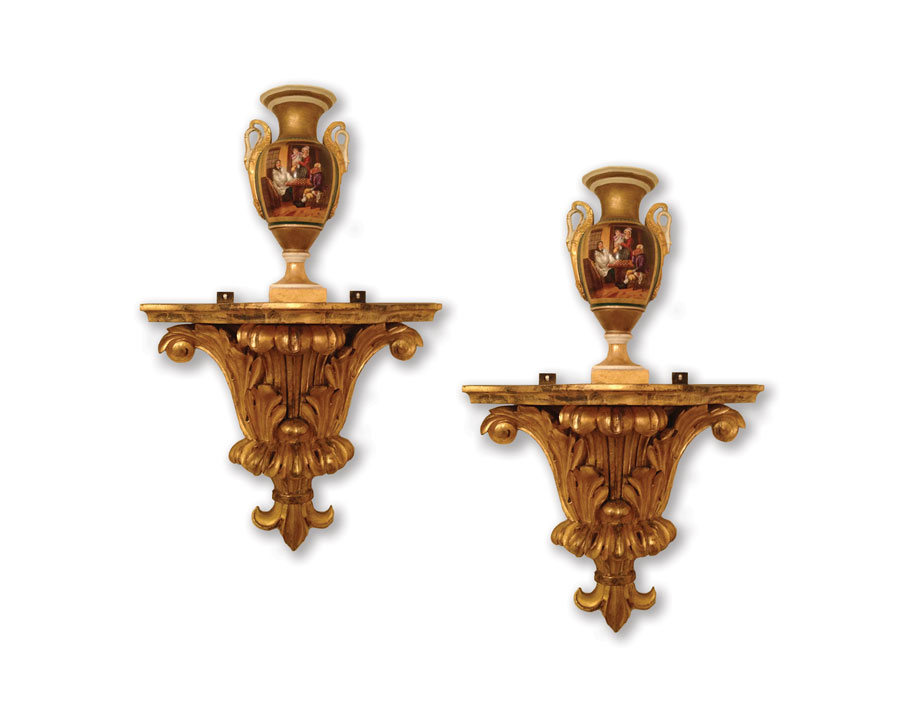 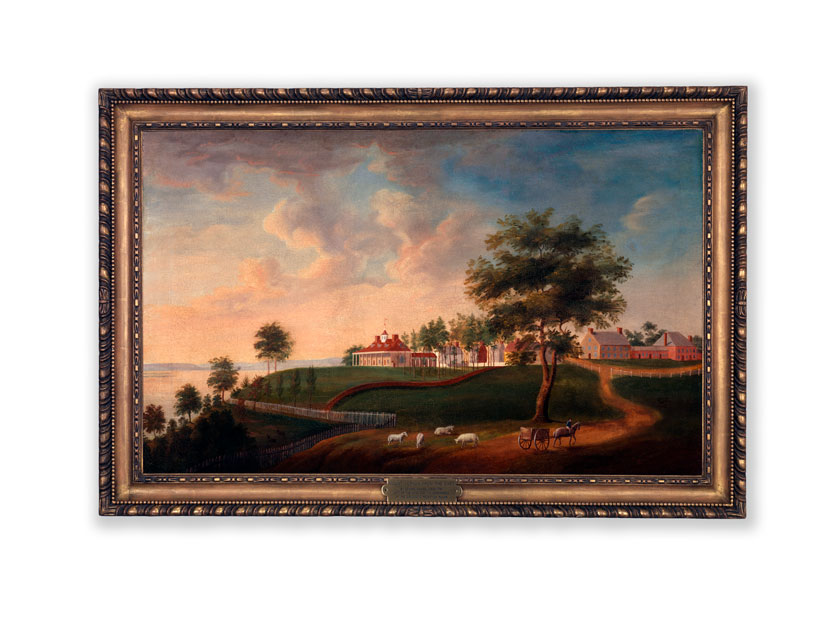 The Fund for the Endowment of the Diplomatic Reception Rooms at the U.S. Department of State is a section 501(c)(3) non-governmental public charity supported by citizens and is committed to the preservation of the Diplomatic Reception Rooms as national treasures. The Fund is proud to operate in collaboration with the Office of the Curator to underwrite projects, which ensure that these working rooms, used by the Secretary of State, Vice President and Cabinet, are supported and sustained.

The Fund for the Endowment of the Diplomatic Reception Rooms is able to support the Office of the Curator in the following unique ways. 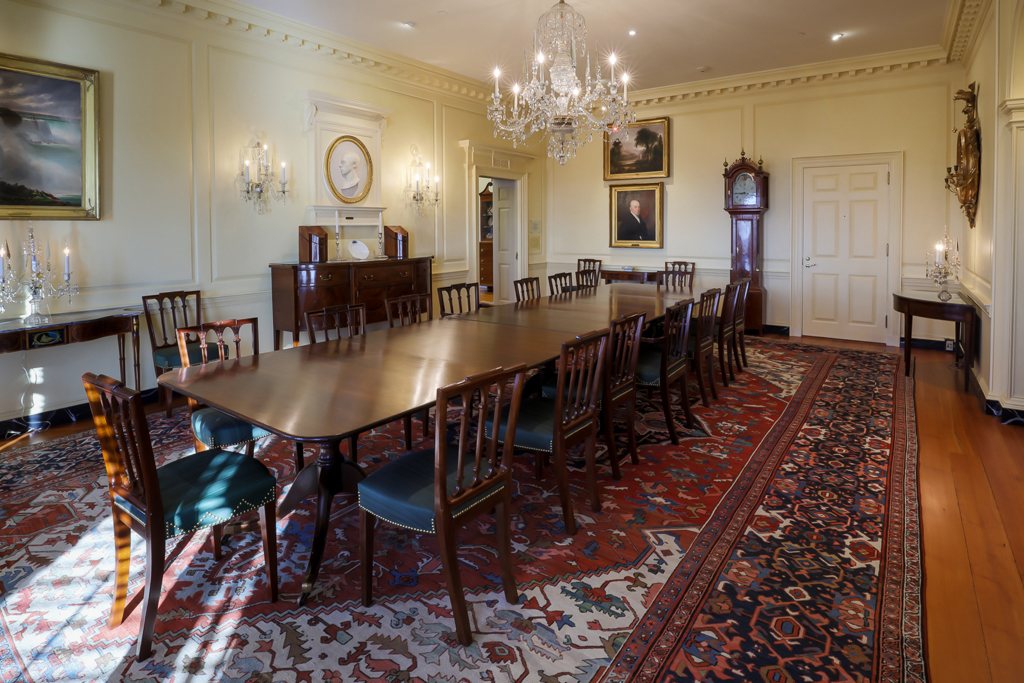 Members of the Board

In 1961, Clement E. Conger, with the assistance of diplomats, members of Congress and the Eisenhower administration, recognized the need to transform the Diplomatic Reception Rooms at the U.S. Department of State. At the initiative of Mary Caroline Pratt Herter, wife of then Secretary of State Christian Herter, the rooms, which began as bureaucratic office space, were reborn as elegant interiors. Leonard Marks, now deceased, and Albert H. Small launched the fundraising efforts that ultimately resulted in the rooms’ successful transformation.

The Diplomatic Reception Rooms now include 42 rooms on two floors and are home to a magnificent collection of fine and decorative American arts from 1740 to 1840. The rooms and their precious contents, more than 5,000 pieces in all, are valued at over $125 million. The rooms encompass 28,650 square feet and welcome more than 90,000 visitors annually.

Improvements to the rooms were made from 1965 through 1989 at a cost of $18 million. As was Conger’s vision, the transformation came about entirely through private donations from generous Americans.

To date, The Fund for the Endowment of the Diplomatic Reception Rooms has contributed nearly $4 million toward acquisitions, maintenance and educational programming to enhance this remarkable collection of American art and architecture.

In 2011, the Fund undertook the underwriting and oversight of the critical conservation effort done on The Secretaries of State Terrace. The magnificent rooftop space offers 7,000 square feet and sweeping views of the Mall. On the wall dedicated to The Fund for the Endowment of the Diplomatic Reception Rooms, the name of each of our former Secretaries of State is listed.  Recently, the Fund also undertook the greening of the terrace.  Planters and shrubs have been installed, along with trees that will add color and provide shade.

In 2015, the Fund underwrote major renovations to the Secretary’s Suite. These important rooms on the 8th floor, including the James Monroe Reception Room, the James Madison Dining Room and the Secretary’s Foyer, are used to conduct diplomacy at the highest levels. Funding allowed for the spaces to receive fresh paint, custom-designed window treatments and new lighting that reflects each room’s unique architectural details.

In 2017, the Fund embarked on a new three-year project, one of educational importance, in partnership with the Office of the Curator. The History Factory is writing narrative descriptions and accompanying information for 100 of the Rooms’ most significant objects. These narratives include new descriptions of the objects, of the artist or maker, and of the historic time period. The four underlying themes are diplomacy matters, our country’s history, our cultural heritage, and stewardship and civic responsibility. A pilot program using a first round of new descriptions is currently underway in Arkansas schools and has produced spectacular results. Upon completion of the narratives, the Endowment Fund will, with your continued support, work toward turning the new materials into a hardbound book for all to enjoy.

Furnishings and works of art acquired by the Fund include an Important Neoclassical Benjamin Franklin Gilt-Bronze Mantel Clock (c.1805) made by Dubuc of Paris; two oil paintings, “East Facade of Mount Vernon” and “A West View of Mount Vernon,” (c. 1791) by Edward Savage (American, 1761-1817); a Pair of Classical Carved Mahogany Side Chairs (c. 1800-1810) attributed to Shop of Duncan Phyfe (Scottish, American, 1768-1854); an American Classical Carved and Figured Card Table (c. 1805-1820); American Classical Carved Mahogany and Canned Grecian Sofa (c. 1810-1820) attributed to Shop of Duncan Phyfe (Scottish, American, 1768-1854); and a Pair of Neoclassical Carved Gilt wood Wall Brackets (c. 1800). All are now in use in the Rooms as part of the permanent collection.

The Fund has also underwritten support for the production of an educational video, the cleaning and conservation of 16 American rugs, drapery replacement and repair, the renovation of four interior elevators, the restoration and painting of the Benjamin Franklin State Dining Room, and books on the collection.

In 2004, the Fund for the Endowment of the Diplomatic Reception Rooms underwrote the production of “Becoming a Nation,” an 18-minute documentary featuring Secretaries of State Colin Powell, Madeleine Albright, George Shultz, and Henry Kissinger. 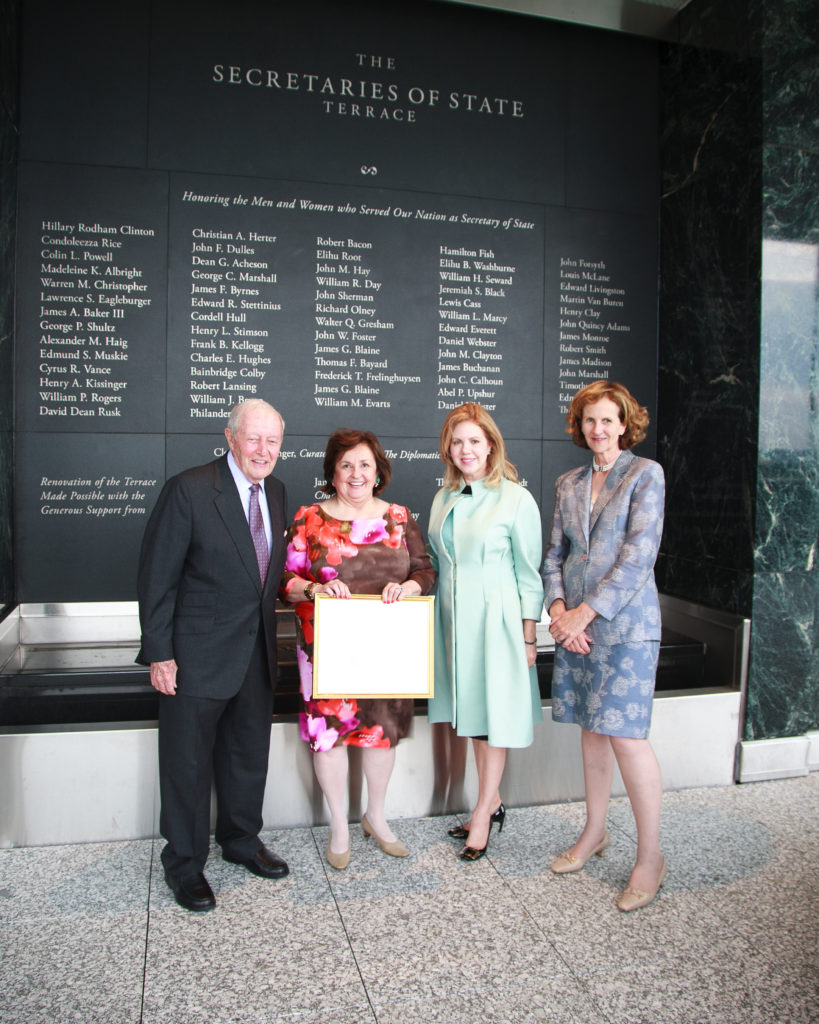 Treasurer Albert Small, Chair Jane Sloat Ritchie and Board Members, Elizabeth Roberts and Claire Cox, at the Ribbon Cutting of the Secretaries of State Terrace in 2011. 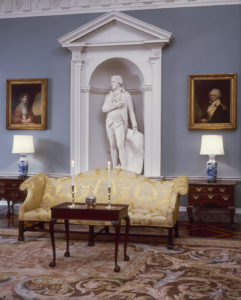 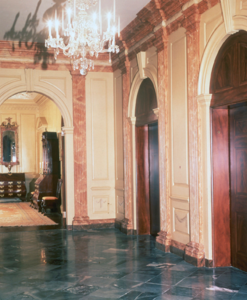 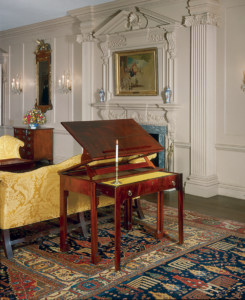 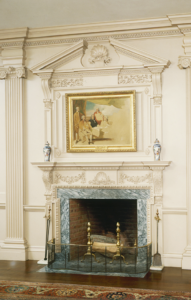 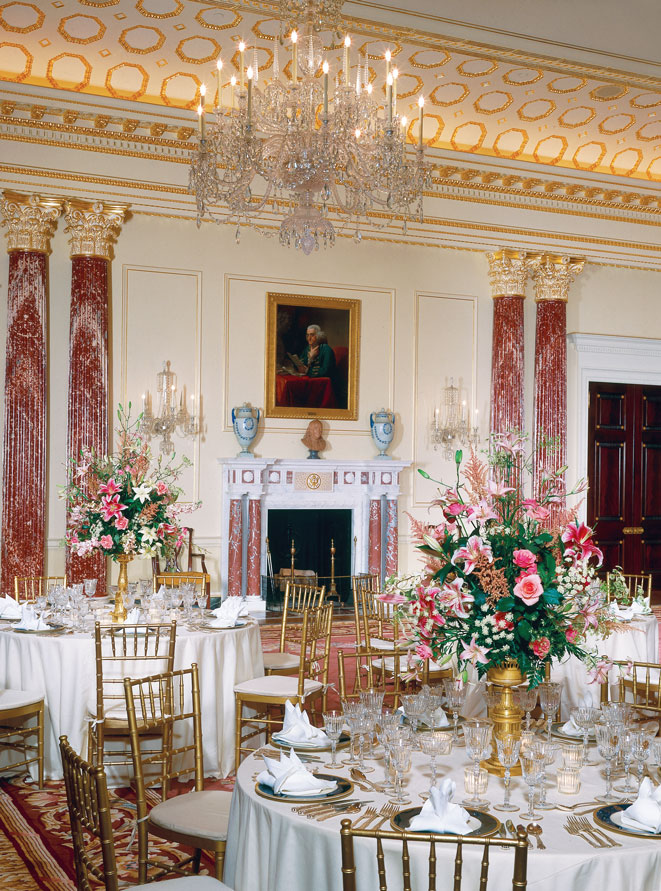 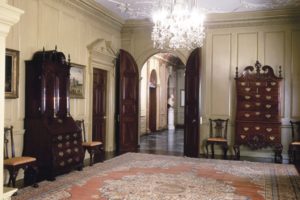 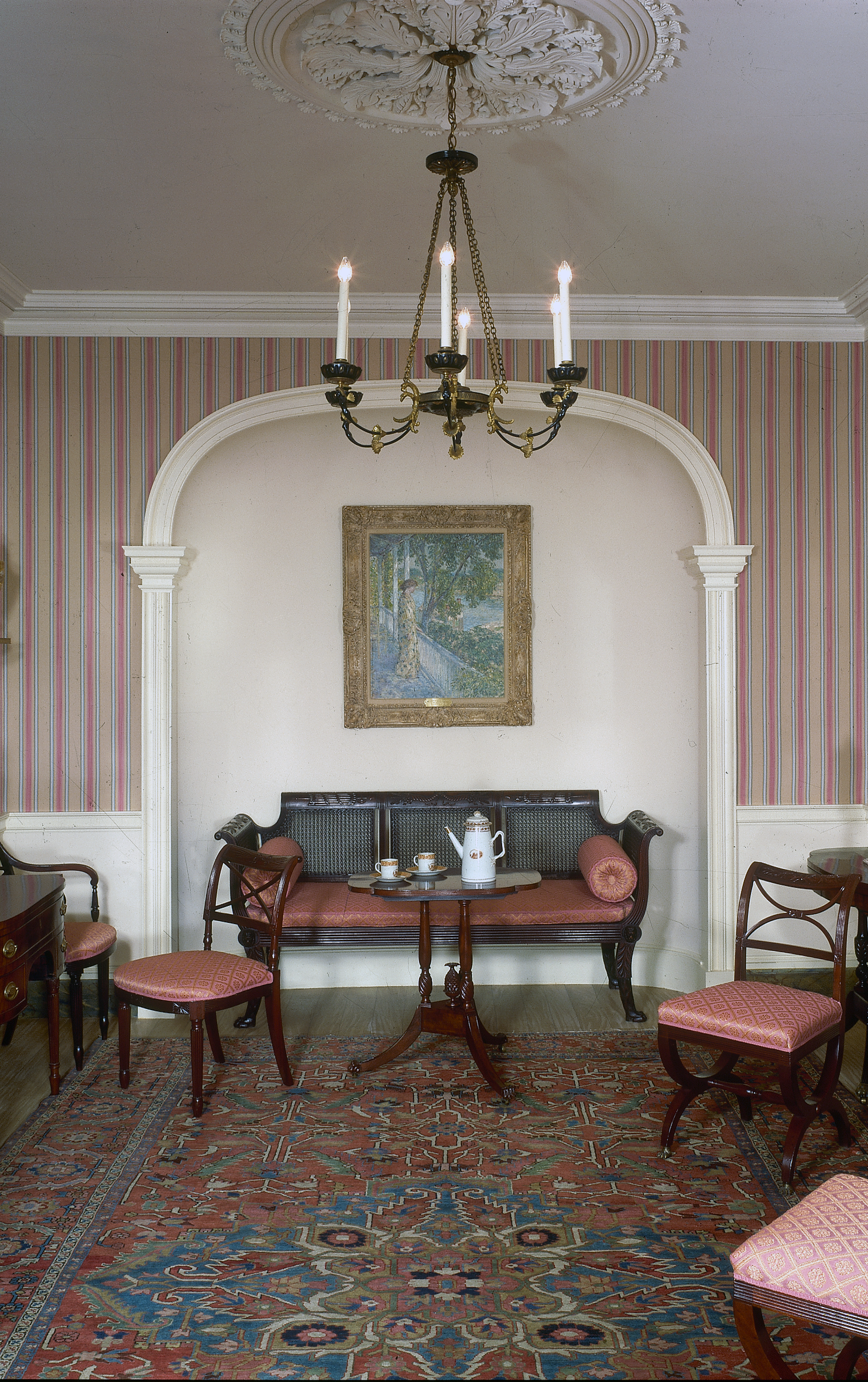 The Diplomatic Reception Rooms are vital assets to American diplomacy.  For more than 50 years, elected officials, diplomats and citizens alike have convened among art, architecture and craftsmanship, which exemplify our nation’s remarkable cultural heritage.

The transformation of the rooms and the treasures they hold were gifts from the American people – and our continued generosity is needed to ensure their preservation.

This is no small task, since every expense is paid for with donations. But the honor of participating in the making of strong international relations – of being a part of the making of our history – has kept the project afloat in the past, and with the American people and their patriotism hard at our backs, these Diplomatic Reception Rooms will continue to flourish, to fine tune, to be central to American diplomacy.

As was Conger’s vision, the transformation of the rooms came about entirely through funds provided by private citizens. We invite you to become a contributor to The Fund for the Endowment of the Diplomatic Reception Rooms by making a tax-deductible contribution of any size to support and sustain the Rooms.

Gifts of $1,000 or more will entitle you to become an “Emissary.” Emissaries will receive an invitation to a spring reception hosted by the Secretary of State in the Diplomatic Reception Rooms and will be recognized in the Endowment Fund’s Annual Honor Roll of Donors. 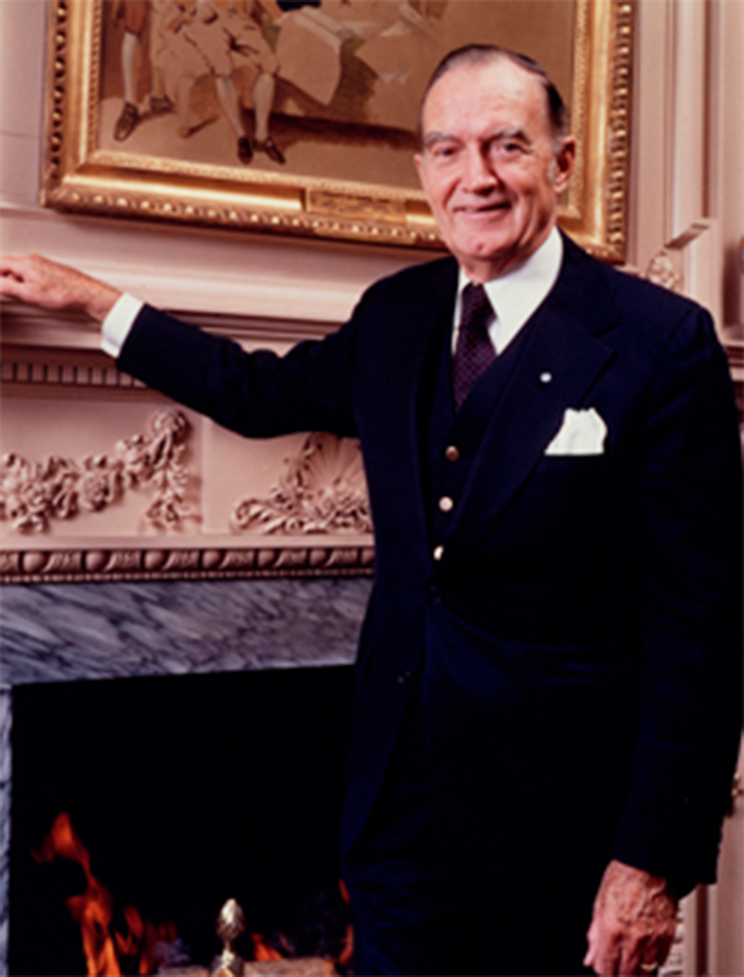 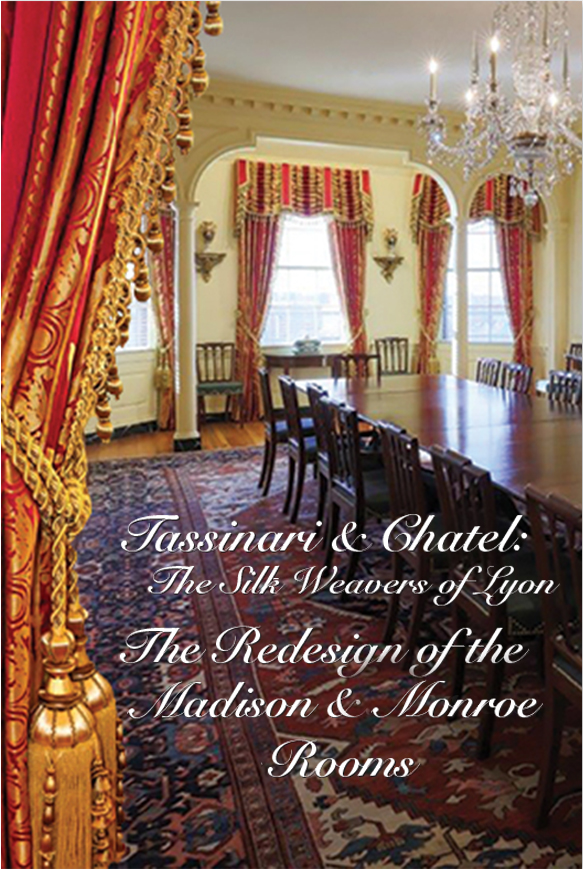 The Redesign of the Madison and Monroe Rooms 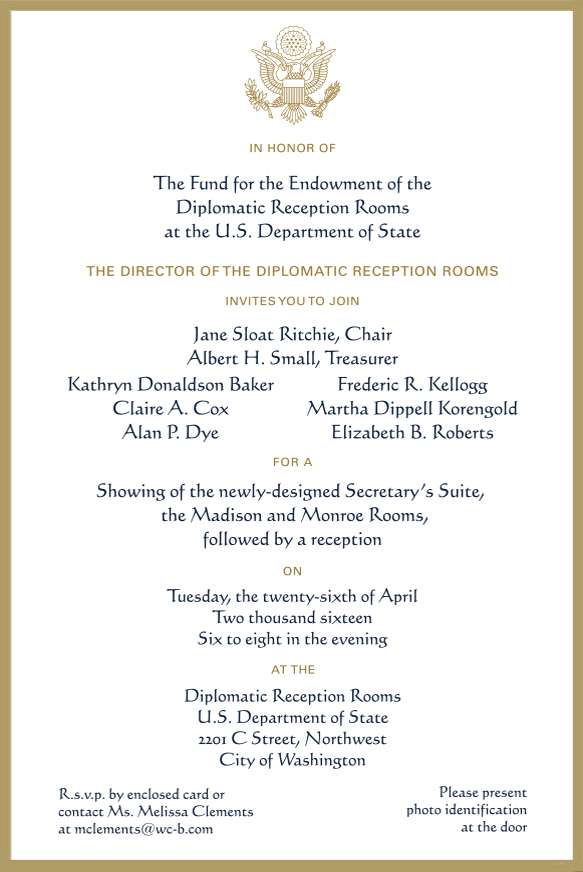 Unveiling of the Secretary’s Suite

The Madison and Monroe Rooms 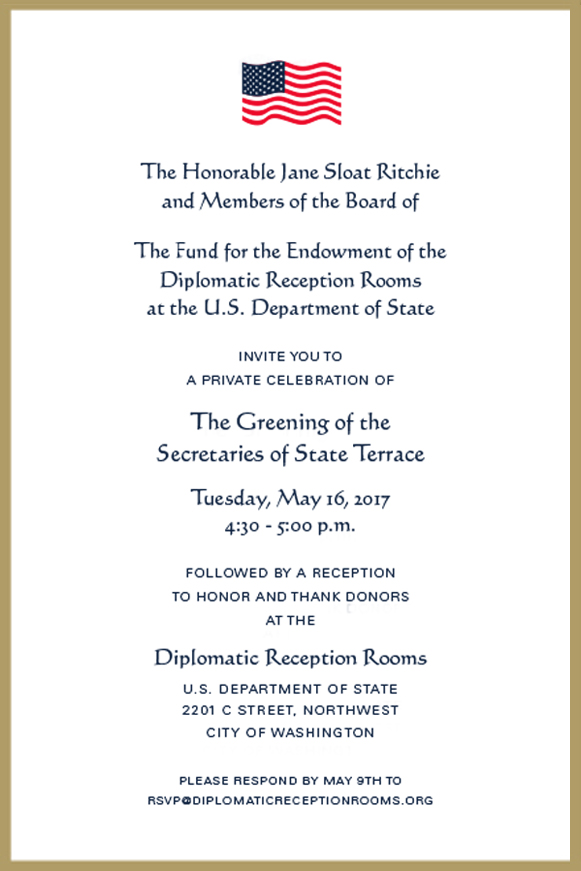 The Greening of the Secretaries of State Terrace
Reception following 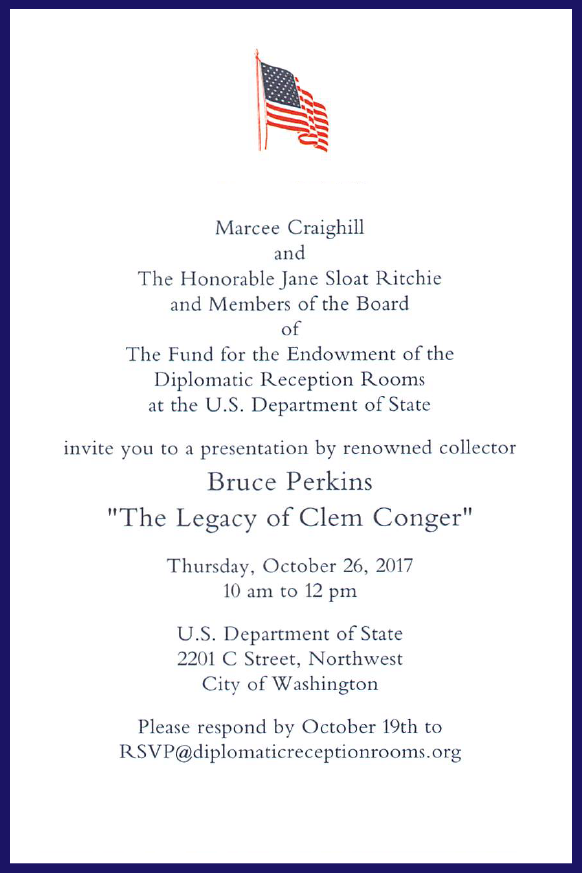 The First of a Series of Coffees including Guest Speaker

For more information and with any questions, please contact info@diplomaticreceptionrooms.org.